Today’s pic revisits Nightside (1980), the failed television series pilot directed by Bernard L. Kowalski. Timothy appears near the end as Slowboy, the coked-out pimp. He’s only on-screen about two minutes, but it’s worth the wait. 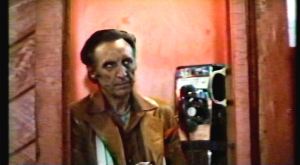 Tim’s not the only legendary character actor featured in this one. Also along for the ride are John de Lancie, Vincent Schiavelli, Joe Spinell, and Roy Jenson, the latter having co-starred with Tim previously in Waterhole #3 (1967). Pick yourself up a “collector to collector” copy right here!