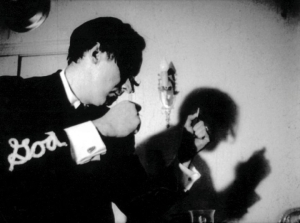 That long face, those droopy eyes – Timothy Carey is unmistakable, unpredictable, and electrifying with those lizard features that became both a blessing and a curse. […]

A true maverick known for improvising and getting fired, he’s worked with Roger Corman, Coppola, and Cassavetes, including a memorable turn as a mafia heavy in The Killing of a Chinese Bookie (we know just from the look in Carey’s eyes that Ben Gazzara is in deep, deep shit).

Carey is an actor to get excited about; like Bruce Dern, there’s a manic energy inside him, a screw loose combined with a fearless realism. He often didn’t seem like an actor at all, more like a wonderfully intuitive amateur dragged out of a skid row bar and slid in front of the camera.

Nic Cage wishes he was Timothy Carey, but Carey didn’t have things easy…

“I can’t even take a stroll through a park. As soon as women see my face they start gathering up their children and running for home.” – Timothy Carey 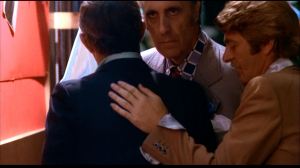 Nicolas Cage ate a roach to stay in character. Carey only smashed a roach, also in Paths of Glory, but his most brilliant performance may have come off-screen. On May 8, 1957, the New York Times reported that the 6′ 4″ actor was found handcuffed and gagged on a desolate road outside Munich. Police said the actor had been picked up hitchhiking and was robbed by two English-speaking men. Now, if you know what Carey looks like, you might well ask what kind of idiot would jump him?

None is what kind. Carey staged his own kidnapping. At a screening of Carey’s work as a director, his son Romeo explained that his father was frustrated with the publicity that Kirk Douglas and his other Paths of Glory co-stars were getting, so he rolled his own. 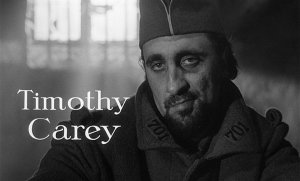 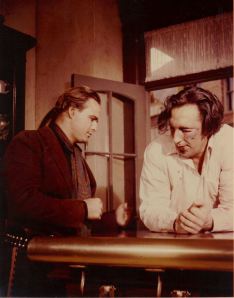