Today’s pic takes another look at the McCloud episode “Fifth Man in a String Quartet,” first airing on February 2, 1972. Timothy’s unnamed apartment super shows McCloud (Dennis Weaver) around the apartment of a musician accused of murder.

Tim definitely was at his heaviest in the early 1970s. It’s hard to believe that by the end of the decade, he would be as thin as a reed again. From what I’ve gleaned from the family, he certainly liked to eat! He was especially fond of Chinese and Mexican food.

Our pic of the day revisits the McCloud episode “Fifth Man in a String Quartet”. It was first broadcast on February 2, 1972. Timothy’s unnamed apartment house manager is taking McCloud (Dennis Weaver) to investigate the apartment of a musician suspected of murder.

If Tim had not been fired (I’m not 100% certain that’s what happened, but all signs point to it) from Duel at Diablo (1966), he would have worked with Weaver four times and not three. For sure they appeared together here, in the Gunsmoke episode “The Gentleman” (6.7.58), and in What’s the Matter with Helen? (1971).

Today we revisit the McCloud episode “Fifth Man in a String Quartet.” It first reached your television screen on February 2, 1972. Timothy is an unnamed apartment manager helping out McCloud (Dennis Weaver) on a case. 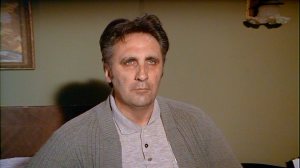 Helming this episode was Russ Mayberry, journeyman television director for nearly thirty years. If you watched any TV series, popular (I Dream of Jeannie) or obscure (Occasional Wife), in the 1960s or ’70s, chances are you watched at least one episode directed by Mayberry.

Today it’s time for another look at the Curtis Harrington-directed shocker What’s the Matter with Helen? (1971). Timothy is briefly but memorably seen as a panhandling tramp in 1930s Hollywood. Here he thanks Adelle (Debbie Reynolds) and her beau Linc Palmer (Dennis Weaver) for their generosity and for “giving a damn.”

Tim had worked with both Reynolds and Weaver previously – with Reynolds in The Second Time Around (1961), and with Weaver in the Gunsmoke episode “The Gentleman” (6.7.58). He would work with him again the following year in the McCloud episode “Fifth Man in a String Quartet” (2.2.72). If Tim hadn’t been fired from Ralph Nelson‘s Duel at Diablo (1966), that would have made four times he’d worked with Weaver.

We kick off the work week with another look at the McCloud episode “Fifth Man in a String Quartet,” first broadcast on February 2, 1972. Timothy’s unnamed apartment house manager is helping out McCloud (Dennis Weaver) with a case.

As we all know, Tim and Weaver appeared three times together – here, in the Gunsmoke episode “The Gentleman” (1958), and in What’s the Matter with Helen? (1971). What most people don’t know, though, is that it might have been four. Tim had been cast in Ralph Nelson‘s Duel at Diablo (1966), also co-starring Weaver, and had a big fight scene with star James Garner. However, it looks like this was yet another film that Timothy was fired from.  It would be nice to get the full scoop on what happened.

Our pic for today (and you remember to click to embiggen, I’m sure) is another of Timothy’s solicitous hotel manager in “Fifth Man in a String Quartet,” the McCloud episode that first aired on February 2, 1972. Here he’s getting a little testy, thinking McCloud (Dennis Weaver) is accusing him of maintenance neglect.

This was the third time Tim appeared with Weaver; they had previously worked together on the Gunsmoke episode “The Gentleman” (1958) and in Curtis Harrington‘s What’s the Matter with Helen? (1971). Neville Brand is the villain in this episode, and it’s a darn shame he and Tim never got any scenes together or worked together elsewhere. They would have made quite a pair, methinks.

Closing out the first work week of 2012 is another look at the McCloud episode “Fifth Man in a String Quartet,” first airing on February 2, 1972. Tim is the manager of a rather seedy apartment building, trying to make friends with McCloud (Dennis Weaver). 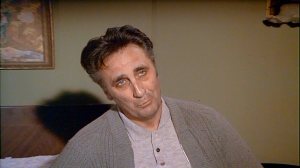 Timothy made scores of television appearances in the 1970s. He became a familiar face on Columbo, Baretta, Starsky and Hutch, and Charlie’s Angels, just to name a few.