Born in Brooklyn, in 1929, Carey went to acting school and was a full-on believer of always being “in the moment” – a tendency that led to sudden, sometimes enraging improvisation (that beer he throws in Marlon Brando‘s face in “The Wild One” was not planned). But Kubrick saw something, and rescued Carey from years of bit parts to cast him first as the gunman in “The Killing,” and then as one of the railroaded soldiers in “Paths of Glory.”

It was a good match. Kubrick understood the importance of actors but didn’t have the slightest understanding of how they did what they did, or even how to guide them. It was one of the director’s few artistic failings, and it could lead to hundreds of frustrating takes or over-the-top performances. But some actors – like Malcolm McDowell, like Peter Sellers – saw this as a freedom.

So did Carey. His most memorable scene in “Paths of Glory,” in fact – with the sentenced soldier moaning “I don’t want to die” – was made up on the spot.

There’s something of a John Turturro in the young Carey, and those two movies with Kubrick suggested the kind of long collaboration that Turturro would later have with Spike Lee, or the Coen Brothers. And, in fact, Carey later had a part in “One-Eyed Jacks,” a film Kubrick had been signed to direct, before star Marlon Brando took over. But Kubrick went on to other projects, and he and Carey never worked again. 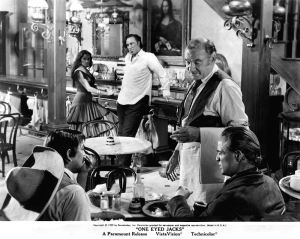