Reservoir Dogs was dedicated in part to Lionel White, the hardboiled pulp novelist who wrote the source material for The Killing, among other film noir. Another member of this film’s production also linked to Reservoir Dogs is the actor Timothy Carey who played the sniper in The Killing. At 6’4” Timothy Carey was made to lurk and menace in the background but he was too kinetic to stay there. He was passed over for several big film roles (including Reservoir Dogs) because he had a reputation for being unpredictable and physically intimidating. Tarantino gave the role to Timothy Carey’s friend Lawrence Tierney, another brutish character actor.

Actors, particularly grizzled veterans of B-movies, have a special sway over Tarantino. As a rabid movie buff, his imagination is excited by the gruff, violent men who almost seem subhuman. Cretinous demeanors suggesting amorality are the stuff of Tarantino’s charm over an audience. 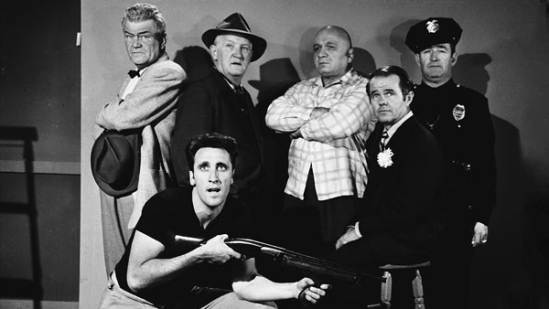 2 responses to “Quote of the Week”