Over a year ago I mentioned that I ought to do a side-by-side comparison of Timothy’s roles in both screen versions of John Steinbeck‘s epic 1952 novel East of Eden – the 1955 feature film helmed by Elia Kazan, and the 1981 television miniseries directed by Harvey Hart. So let’s do it already! Here are Joe the brothel bouncer from 1955, and the unnamed fire-and-brimstone preacher from 1981. 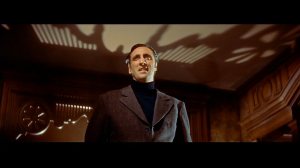 It seems clear that no matter what the role, Tim knew how to command the screen. Well done.