During the 1970s, Carey put nearly all of his energy into his follow-up to THE WORLD’S GREATEST SINNER, TWEET’S LADIES OF PASADENA. He turned down a big part in THE GODFATHER, as he was in the throes of making TWEET’S. After Francis Ford Coppola convinced Carey to read for THE GODFATHER: PART II, during his screen test Carey pulled a gun from a lunch box and shot Coppola (with blanks of course). Instead of being scared or incensed, Coppola wanted Carey for his work now more than ever. This didn’t occur, however, until THE CONVERSATION, where Carey was an uncredited security expert. [Editor’s note: My understanding is that the part Timothy was to play ended up going to Allen Garfield.]

There were plans of Carey appearing in APOCALYPSE NOW. His idea for the character was to be a member of a Marine K9 unit. He spent all day picking fleas from the necks of his killer dogs, petting them and talking to them like his children. It sounds like a brilliant moment, but of all the things Coppola threw into the mix for APOCALYPSE, this didn’t make it. 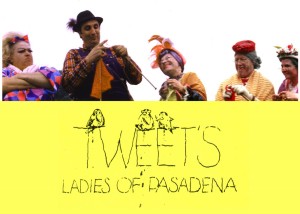