Today we revisit “Set Up City,” the second of four Baretta episodes in which Timothy appears. It premiered on October 29, 1975. He portrays grumpy jewel thief Joe Dineen, always on the lookout for that perfect job that will set him up for life and hopefully also get rid of that pesky Baretta character. 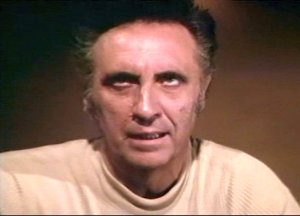 This was the second time Tim was directed by the great Curtis Harrington; they had previously worked together on What’s the Matter with Helen? (1971). Harrington admitted in an interview that before he met Timothy he was terrified of him! But once he got to know him, he said, “I took him into my heart.”